You are here: Home / Android / Top reasons to root your Android devices.

Android is one of the most versatile, open and customizable operating system for mobile. It is making a wonderful impact in the smartphone market which has made various user techniques available to tweak your android phones and tablets. The main question most of the times arise is to root or not. Rooting your android devices makes many more functions available which are not available under normal operating conditions. You may think that there is no need to root your device but you will definitely miss out many things that you’d do it with rooted phone.

Top reasons to root your android devices- phones and tablets:

If you are an app lover, than I am sure you might have spent a lot of time on Google play. A large number of apps on the play store require you to have rooted device. In certain cases, you will be able to get in to your device’s brain and make changes to your manufacturer data, network and more.

how to root your android device the easy

For instance, there is an app called network Spoofer, which makes fake networks and user will be able to see many things like make your text inverted, make them appear fizzy and more. Though it is harmless, still people can use it for wrong deeds.

There is another app called Droidwall which will show the number of apps that have been using your wireless data and also provides an option to prevent unwanted data usage.

Dual Mount SD Widget: This is another great app but it is not available for free. Once you install it, you will be able to mount your SD card to both, phone and PC at the same time.

With theft aware: It will provide uber-security program so that you will be able to remotely track your stolen phone and wipe it off. You can also spy on the other end person without his knowledge. 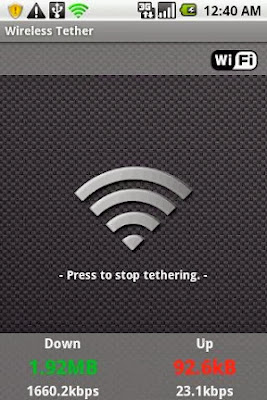 So, the app list goes is very huge which can add great improvements to your rooted device.

This is one of the most important reasons to root your android device. Many of you want to have the latest OS installed on your device, but your carrier or manufacturer may not provide updates all the time. So, in such cases, you will have to install custom ROM which will be compatible to your device. Many of you prefer to remain on the stock version, which greatly improves performance of your smartphone. No matter, what phone you have, you will be able to upgrade or even change your OS right away. However, it is recommended that you backup your current ROM before installing custom ROM.

As I told you earlier, you will be able to perform a lot of tweaks on your rooted device. May be this is the top reason to root your android device. For instance, if your phone does not have Wi-Fi tethering option, than you may do so by rooting it. It will also open doors for you to create swap files which can be used to boost RAM on low memory devices. So, rooting your device allows you to have tons of customizations. You can also customize the startup screen, along with color scheme and more. By doing some more tweaking, you would also be able to save a lot of battery by using rooted battery saver apps and be able to increase internal memory of your device.

This is another top reason to root your android device. Many android lovers hate the default skin that comes along as UI with your new phone. There are also many other soft wares and widgets present. They are often bulky, use up your precious resources and not clean like the stock version. They are also the reason that OS updates take so long to be delivered. To get rid of this, you will need to root your devices which will open doors to install custom ROM’s available over the internet. Some of these ROM’s consists of custom features whilst others might be just replica of stock Android.

There are also certain people who are not sure whether it is legal to root your android device or no. So, let me tell you that it is legal in top countries including Australia, Europe and United states. You can read more about legality over here.