This post is dedicated to all Android device owners, which will help you to reduce data usage in Android devices up to certain extent. Most of the Android apps are hungry for data and as soon as you turn on your data connection, they all try to update your feeds and other data which they are intended to. Nowadays, unlimited data plans have completely disappeared. And the ones which exist, they throttle your speed after you cross certain limits. Many carriers have raised the prices of data plans saying that it uses too much of your bandwidth.  If you are using limited data plan, than it is necessary to use data conservatively, else you will end up paying more than your average monthly bill.

Despite all these things, Android users have many things to cheer. You can reduce data usage in Android devices by following various tricks and adapting to different configurations. You will be surprised to know that after following these tricks, you will end up using data at much lower pace! So, let’s have a look.

How to reduce data usage in Android:

Android OS allows you to setup data limit so that once you consume that much of data, it will cut off the data connection. This proves useful if you are using expensive data plans and don’t want to end up paying any additional costs.

Turn off mobile data when not in use:

Most of us have habit of keeping data connection active even though when the device is idle, so that we can receive messages instantly. That’s good, since most of the apps send out notification as soon as you have received a message, but it leads to increased usage due to background apps.

To provide you an enhanced experience, many apps ping servers in background so that they can provide you with fresh data. For instance, Dropbox automatically uploads all your camera images and videos to your account. The weather widget also fetches data after regular intervals so that you get fresh information. You can turn off Dropbox uploads on mobile data and increase refresh limit for your widgets. Moreover, you can also turn-off auto download of media, (including images) in WhatsApp, and download them once you are on Wi-Fi connection. This will dramatically decrease data usage in Android devices. 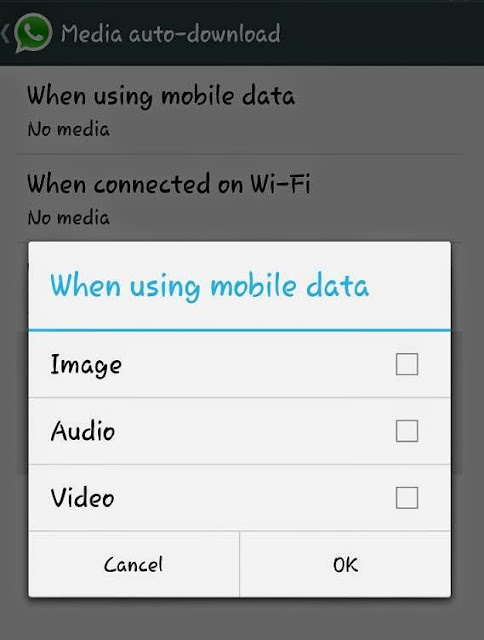 Uncheck all options to disable auto-download in Whatsapp

Update Apps over Wi-Fi only:

Android apps receive updates almost every week or before that. So, it is necessary to ensure that the updates happen over Wi-Fi only and not on your data connection. You can enable this by going to Google play store, under Menu > Settings > Auto Update Apps and select the option which says “Do not auto-update apps”. If you set this option, your smartphone will no longer use cellular data for updates and hence, will help you to lessen data usage in your Android devices.

One thing that annoys users is pop up and banner ads. Though banner ads are OK, pop up ads are annoying and load webpages automatically. Most of you might not be aware that 20-25 % of your data is used up by ads. You can block ads by using Ad blocker plus, which blocks ads completely from your Android devices. Note: It needs rooted device. 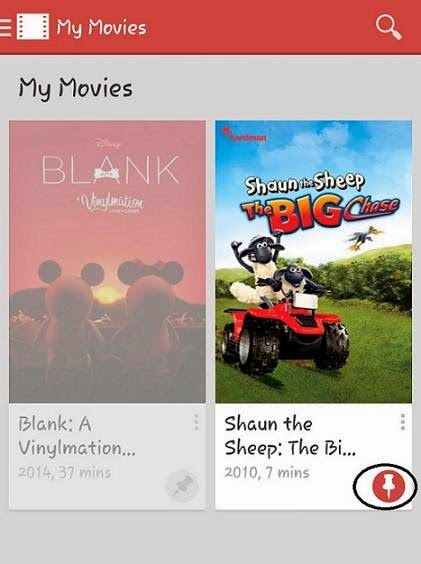 Android apps use too much of data, that is the reason most of the apps cache static data including images and other media onto your device. They allow you to download data when you have access to Wi-Fi, so that you can watch them later. YouTube is one such app that lets you download videos on your watch it later list. Similarly, “Google Play movies and TV” also allow you to download movies so that you can watch it later. You can select the quality of movies, whether you want them in SD, HD or full HD.

Use browsers that allow data compression:

There are still many sites over the internets that are yet to be optimized for proper mobile viewing. Unfortunately, it is you who suffer since you end up loading complete sites as you’d view them onto your desktop. You can avoid data losses by using lite browsers. Chrome is the most recommended browser for Android since it blocks most of the pop-ups and allows safe surfing. Besides that, it is updated frequently so that it remains bug free. To enable compression, simply open Chrome and go to “Bandwidth management” under settings. Under that menu, tap on reduce data usage and slide the bar towards on. Similarly, make sure that under “Preload webpages” you have selected “only on Wi-Fi”.

In Android ICS and above versions, there is an option to monitor/ restrict data usage. You can access this by navigating to “data usage” under Settings menu. I don’t find it useful, since it will prevent each and every app from using data. This proves useful when you don’t rely on IM messages or do not need pop up mail notifications. 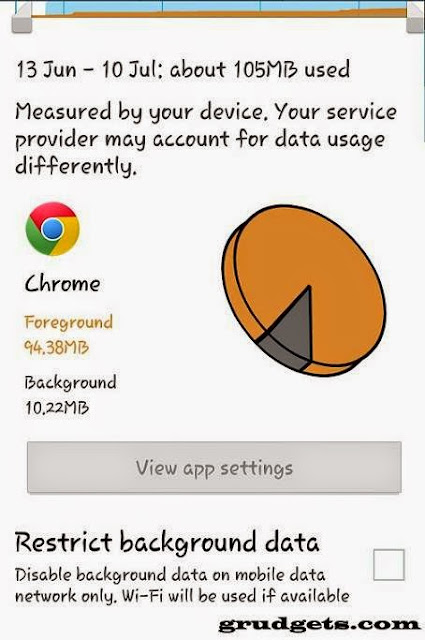 As stated earlier, you can monitor data usage in Android ICS and above devices. This will show complete details about data consumption of each app, how much data it has consumed it background as well foreground and more. So, what you got to do is, find the ones that are consuming too much data and replace those apps with some other app which provides some functionality.

Use No root firewall:

This is tiny piece of software yet powerful, that will help to reduce data usage in Android devices up to greater extent. Just install and you will find it doing the magic for you. What it does: