You are here: Home / Smartphones / Best Samsung Galaxy S8 clone to buy in 2017

Samsung had created ripples when it first launched the galaxy s8 in 2017. It was stunning smartphone with infinity edge to edge display, packing large display in small body. It was received well by enthusiasts around the world. There were leaks all over the internet, going on from couple of month’s altogether. Nevertheless, just when this entire news surrounding the comeback from tech giant was going on, the Chinese smartphone vendors had already come up with various Samsung galaxy s8 clone, which are based of accurately on the leaks.

Many Chinese brands like Goophone, No.1 Mobiles and others have created exact low priced replicas which were really good considering the price barrier. Also, do not expect these replicas to have huge amount of RAM like the flagship has, or all the sensors that you’d rather find on flagships. These come along with basic hardware and near to stock Android, which varies by manufacturer. Some manufacturers, for instance the No.1, had launched No.1 Note 4, which copied the entire Sammy TouchWiz UI. If you segregate the logo alone, it would be difficult for common people to understand whether it is genuine or just first-hand copy.

Looks wise you will face hard time to distinguish from the genuine s8. The front panel houses a large 5.6 inch display just like the original S8. The display resolution is just 720 pixels HD, which is sufficient to get the work done. The volume rocker is present on the left side and just below that will find the power key or the unlock key. The SIM card and micro SD card tray is present on the top side, along with secondary noise cancelling microphone. On the rear the camera, flash and the fingerprint sensor arrange just like genuine S8.

There is dedicated Bixby assistant button present on the right side of the device and micro USB port along with 3.5 mm jack and primary microphone, speaker are present at the bottom. It houses MTK 6580 Quad Core processor along with Mali-T720 GPU, which is enough to get daily tasks done. You can even manage to play casual games, even HD games can work in low graphics settings.

As far as display is concerned, the 5.8 inches screen boasts 1280 x 720 pixels. You will surely love to watch movies and play games, for long hours easily. Don’t expect flagship type of display although, considering the price this is pretty much worth it. 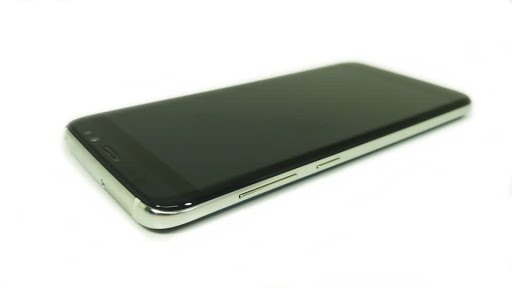 The HDC Space S8 Edge runs on latest Android Nougat, i.e. v7.0. Not only that, the OS is customized in such a way that it mimics to that of S8. Right from the icons, dialer to Settings screen, notifications, lock screen, everything is 1:1. It provides best experience, under $200.

In the imaging department, you have 12 megapixel Shooter with dual LED flash and 5 megapixel selfie camera. The camera is average, can be used for taking casual pics. The main camera supports 720 pixels video recording.

This is a dual sim device and has 3 choose 2 slots. You can either use Dual Nano SIM cards or one Nano sim card and micro SD card. This is not a 4G device, it supports only 3G networks. In addition to this, you have support for GPS, gyroscope, stopwatch cast and always on screen.

The battery is not that impressive it houses non removable 1700 mAh hours Lithium ion battery. It should be sufficient for an entire day, although it seems little doubtful. It comes along with 2 GB of Ram and 8 GB internal storage, although the software displays it as 4 GB and 64 GB. The actual internal storage will be very less after the OS has installed, you can use micro SD card slot which accepts cards up to 128 GB.

You can buy it online from Amazon for around $170, please click here to buy it now on Amazon.

The Goophone is another Samsung galaxy s8 alternative which can be brought for little under $200. The front of the device is quite appealing, with the sensors placed just like the genuine one along with the camera.

Just like the HDC S8 edge, this device also looks quite genuine and has infinite display. You will be amazed by the comfortable screen, which looks exuberating. Under the hood, it packs Mediatek MTK6580, which is quad core processor along with Mali GPU. Although not one of the best mobile processor, it is enough to provide mid-range performance to this sub $200 device.

The first thing that you will notice after receiving the device is its 5.8 edge to edge display. The downside is that the panel only supports 720p resolution, although it shows it as 2960 x 1440p, which is good to show off to your friends. You can enjoy various media and games on such tremendous display. 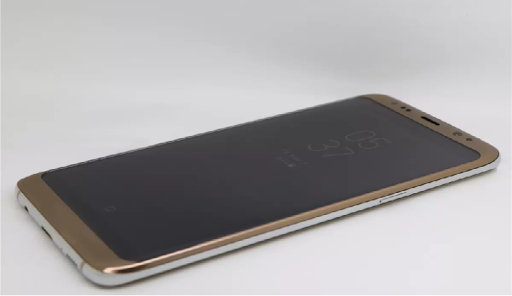 On the software front, it runs on the latest Android Nougat right out of the box. The UI is completely skinned to make it look like the Sammy’s custom Android UI, which runs on S8. You cannot expect the phone to be pretty responsive like the flagship phones, just expect mid-range performance from the device.

There is nothing exciting in the imaging department as well. The front snapper is 5 MP which is good enough for video calling purposes. The main snapper is again just 8 MP, which is of average quality, although the software displays it as 12 MP. It will prove handy to take some casual shots every now and then or in case if you forget your Digital camera. 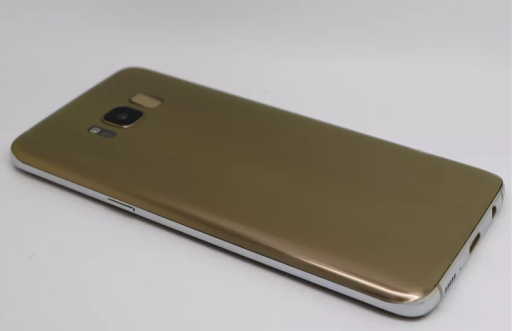 This device is 3G only device, no 4G support which is very disappointing since many $99 device has 4G support these days. There I hybrid dual SIM slot, which accepts 1 nano SIM card and 1 micro SIM card or 1 nano SIM card and micro SD card slot, so you will be able to use its as single SIM device. Additional connectivity options include GPS, FM, Bluetooth, Wi-Fi, Tethering, etc.

As compared to HD S8, this device comes along with 3000 mAh battery, which is enough to suffice for complete day. It is available in 1GB RAM + 8GB ROM version, although the software displays it as 4 GB + 64 GB, just for showing off. 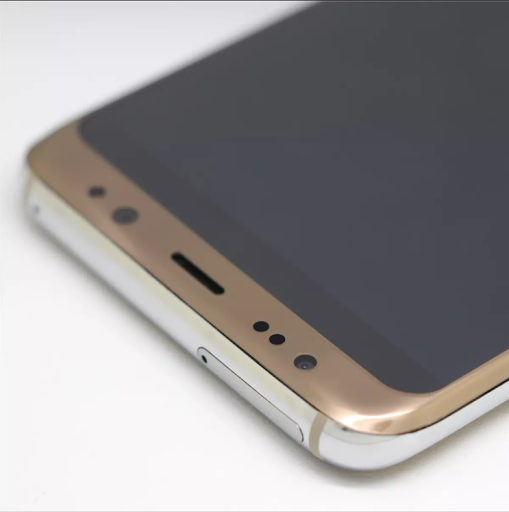 You can buy Goophone S8 online for around $170 from Amazon, please click here for to buy it now or save it for later. There are many other Chinese manufacturers which offer many clones, but most of them have limited hardware like limited memory, RAM and much outdated processor. It becomes difficult to install additional apps due to limited memory, so these are the best ones which I have compiled here. They come with mid-ranger hardware and are better devices to be used as daily driver.

Well, this is personally your choice I’d say! If you are the one who cannot afford or rather feel it’s not worth investing in the $1000 smartphone, then this can be the right choice for you. For under $200, you can get 1:1 copy of the $1000 smartphone, which is good to show off to your friends and colleagues. Also, take a note that this not a 4G device and has entry level hardware, so do not expect flagship like performance or you will get disappointed. It’s good for the price you are paying, and can be used like normal smartphone for enjoying media, light gaming and experience latest Android Nougat.