It looks like Celkon mobiles are trying to dominate the low budget market by launching some really low end devices. Celkon A40 is one of them, which has some good specifications that are more than enough to keep you going. This one is rather entry level member which comes with some basic specifications and medium display unlike high end devices by them. Here, we are going to see complete features of this device.

Features of Celkon A40:

The device measures out about 126.2 x 64 x 10.8 mm and weighs approximately 127 grams. This low end member is powered by a dual core processor, which is clocked to operate at 1.3 GHz. It will disappoint you on the OS side surely. Instead of getting latest Android v4.4.2 Kit Kat, you will be stuck up with Android v4.2.2, i.e. Jellybean. However, you can install Kit Kat through custom ROM by rooting your android device still it would have been better if they have provided it out of the box. It supports most of the HD games like Asphalt 8,  GT racing 2, Fifa 2014 and many others according to one of the users on GSMarena. 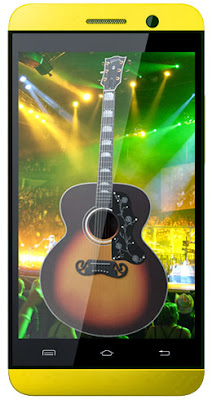 The display found on Celkon A40 is just like any other low end android device. There is 4.0 inches TFT capacitive touch-screen with resolution of 480 x 800 and has pixel density of 233. The display isn’t that great or that big to enjoy HD gaming, but you can use it sometimes for enjoying movies and songs.

On the camera part, the company has also placed front facing camera of VGA quality. This was much needed since people nowadays don’t tend to buy smartphones without video calling camera. It is equipped with main camera of 5 megapixels which is good enough to capture some low priority images but not of that high quality.

In this department, the Celkon A40 surely rocks. It boasts dual SIM connectivity along with dual stand-by, which is ideal for the ones who are carrying different phones for different numbers. You would be able to browse internet through EDGE and GPRS connections. It also includes Wi-Fi, so that you will be able to access high speed internet. The Wi-Fi configuration also allows you to use it as Wi-Fi hotspot, so that you can use it as hotspot to connect other devices on wireless network. Other options are micro USB v2.0 port, radio and 3.5 mm earphone jack.

Memory and battery options in Celkon A40 cellphone:

It is loaded with 4 Gigs of internal memory alongside 512 MB of RAM, which is quite normal these days on low end android devices. This memory is further expandable via micro SD card slot up to maximum of 32 GB.

The power needs are managed by 1500 mAh battery of Lithium ion polymer type. This amount of battery is more than enough to last for entire day on normal usage. Image source.

Celkon A40 lowest price in India:

As for now, the price of this smartphone is not available. Looking at the specifications, it should not be priced more than 7,000 INR which is ideal for this kind of smartphone. You can subscribe to updates by entering your mail ID in order to receive mail once this phone is available in the market.

UPDATE: The A40 is currently available only on Amazon, at price tag of 5,290 INR which is quite a good deal.