Do you want the Galaxy S5 but can’t afford the $800 price tag? Well, I have brought some cheapest Samsung Galaxy S5 clones that are currently available at a price which can be afforded by everyone. These clones look like the real clone apart from the Samsung logo. However, if you put flip cover, than you might easily fool your friends by showing it off and making them feel jealous about your new device. 😉

Best Samsung Galaxy S5 clones that you must buy:

Just 48 hours after release of Galaxy S5, the latest flagship by Samsung, Chinese smartphone maker Goophone has come up with S5, which shares similar design to that of Samsung’s flagship. It is 1:1 clone of S5, only thing it lags is the Samsung logo on front and back panel like the original one has. This could be disappointing for some users but still, it serves as common man’s S5. 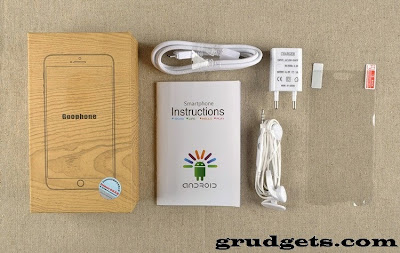 It packs the same dimensions along with design and few features. But there are many differences in their hardware. It runs on low cost Mediatek MT6582 processor, which is quad core processor clocked at 1.6 GHz alongside Adreno GPU. However, the display is not that great, but we can ignore it considering the price tag. It boasts internal memory of 16 GB and 2 GB RAM. This high amount of RAM ensures that you can enjoy multi-tasking with ease and can play even HD games without any lags. 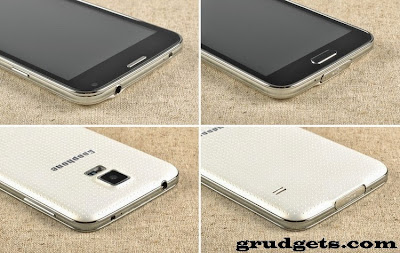 They have equipped it with dual cameras, the main one being of 13 megapixels with flash whilst the front one of 5 megapixels. However, don’t expect the camera quality to be like the one which is found on premium devices. I was surprised after looking at the connectivity options since it has only single SIM card slot. It has 3G, Wi-Fi, Bluetooth and GPS for additional connectivity features. This Goophone S5 is available only for $109.99 from 1949deal. It is probably the cheapest Galaxy S5 alternative available right now. You can order it online from here. The sales box includes the smartphone, 2800 mah battery, 3.5 mm earphone, USB cable, user manual, charger and phone case. Alternately, you can also get it from Amazon with $10 off the original price.

Hardware: This phone runs on Mediatek’s processor, which is nowhere as compared to the Snapdragon 801. The benchmark score of original S5 is about 34658, as compared to 17396 of Goophone S5. So, you can understand yourself why Samsung’s flagship has such an enormous price tag.

Display: The display is good as compared to others, but it is just IPS panel unlike SUPER AMOLED one.

If you are not brand frenzy and just want to show off your device or feel as if using premium smartphone, than this one is good choice for you at a price tag of $109.99 for unlocked version.

The No.1 S7 is probably the best S5 clone available by Chinese manufacturer. The looks of the device, along with dimensions are quite similar to the genuine clone. Surprisingly, when you start operating the phone, you will be amazed by its software and UI. It uses the same Touchwiz launcher that powers all Samsung Android smartphones on top of Android v4.2.2 Jellybean OS. So, apart from copying the same design, No.1 has gone a step further and has even copied their launcher which can be found only on Samsung devices. 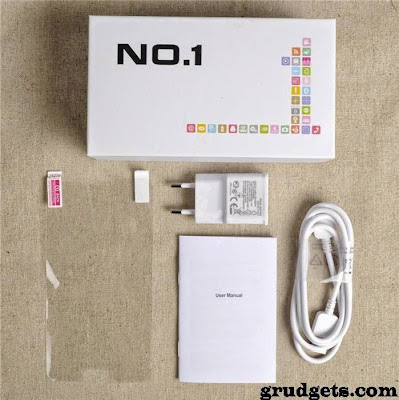 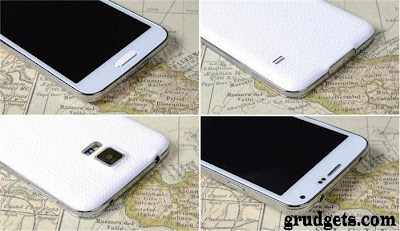 There is 5.1 inches IPS panel with qHD resolution of 960 x 540 pixels. The display supports 16 million colors and has pixel density of about 240, which is average number. This display is large enough to enjoy movies and HD games.

The cameras present on this device won’t disappoint you at all. The main snapper is of 13 megapixels along with LED flash, which is capable of taking 4160 x 3120 images. The front one is also not less, it is of 5 MP.

There is only single SIM card slot in this member also. It supports quad band GSM network and WCDMA network for 3G access. Additional connectivity options include Wi-Fi, Wi-Fi hotspot for tethering, Bluetooth, micro USB and GPS with EPO assistance. You have many languages to choose from, in case if you buy this phone. Spanish, French, Hebrew, Korean, Thai, Hindi are few of them. Also check out Note 3 clone.

It boasts internal memory of about 4 GB, of which 2.39 GB is available for the end user, which is accompanied with 1 gigs of RAM. The juice to power the device is extracted from 2800 mah battery. This amount of battery is good enough to keep the phone powered for entire day on normal usage. You can expect to get stand-by time of about 2-3 days.

UPDATE: Looks like No1 S7 is currently out of stock at 1949deal. You can also buy it from Amazon, with $5 off original price provided by seller or head over to the official No1 store to buy it at much lesser price.

You can buy it online from 1949deal for $139.99. The sales package includes smartphone, battery, user guide, charger and USB cable. This proves out to be one of the best Samsung Galaxy S5 clone since it provides complete TouchWiz interface, so Samsung users will just love it. Apart from that, Goophone S5 is also good for the ones who love stock Android, as it provides pure Android experience for enthusiasts. Anyways, you can spend little more and get No.1 S7 clone with better camera. There are many other clones of Samsung Galaxy S5 which you may consider, HDC Galaxy S5 being one of them.