It was just a matter of time before this could actually happen. The Oppo N1 smartphone, which was launched earlier this year with rotating camera, has now been cloned and is available for sale. These clones are now becoming popular among the smartphone industry pretty fast, since most of the flagship devices these days have very high price tag which cannot be afforded by each and every common man. Considering price factor and reliability, the Oppo N1 clone, iNew V8 proves out to be pretty good against the pricey flagship. One should be careful while buying genuine brands.

This is the most important aspect one should consider while buying a new smartphone. The iNew V8 is loaded with hexa core MTK6591 processor, which is clocked to operate at 1.5 GHz. Apparently, it will provide more edge since the N1 has quad core processor, and you will find noticeable improvement in CPU intensive applications. To provide crispier, there is Mali 400 GPU which works well in most of the low end devices. Another good thing to brag about this phone is its OS, it runs on latest Android v4.2.2 KitKat released by Google. So, you do not have to worry about receiving updates in future. 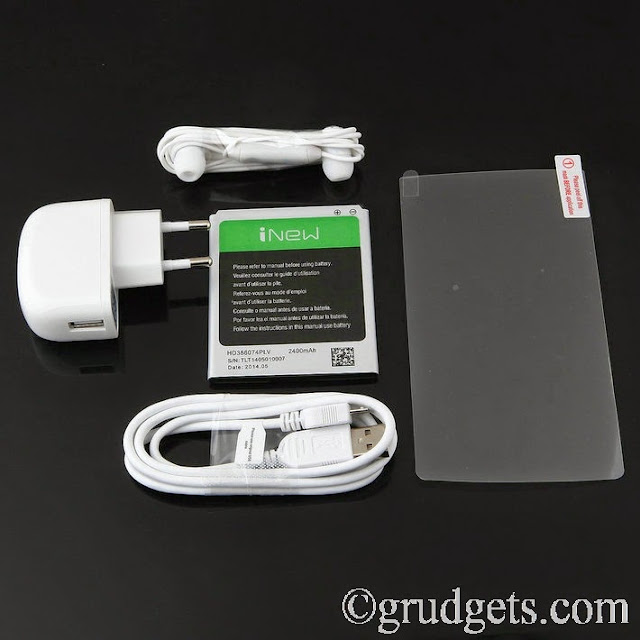 It boasts 5.5 inches display, which is approximately 0.4 inches smaller than the N1. Apart from that, the display has resolution of just 720p as compared to 1080p which provides more details of an image. The pixel density is not that great, but not too bad also, just above average. Overall, the display is quite large and clear enough to enjoy gaming and other activities. 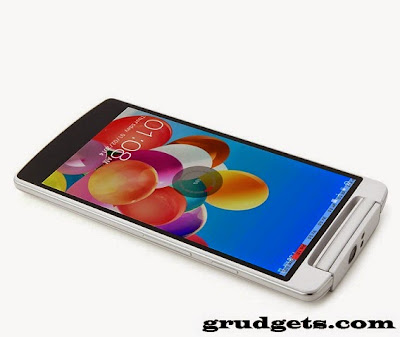 It is equipped with single 210 degree free rotating camera, which has 13.0 megapixel lenses and comes along with LED flash and auto-focus feature. It can take images of resolution 4928 x 3696 pixels with high clarity. Other camera features include panorama, multi-angle view, live photo, smile shot, HDR and face beauty. 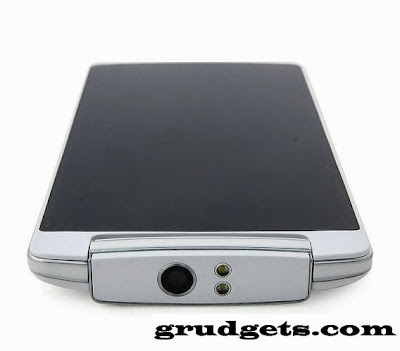 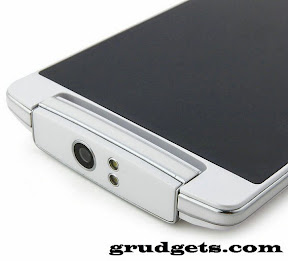 It is basically dual SIM smartphone with dual stand-by feature, so that both the SIM’s can be active at the same time. You will have to insert micro SIM in one of the slots and full size in other one. You can access internet through EDGE and GPRS on the go with high speed internet access through Wi-Fi and 3G connectivity. Additional options include GPS, Bluetooth and USB port. There is also 3.5 mm earphone jack for connecting your favorite earphones. 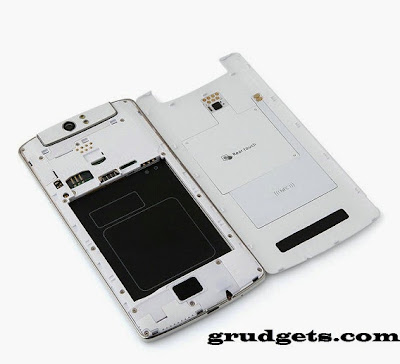 It is available only in 16 GB variant, unlike Oppo N1. However, there is still external micro SD card slot so that you can expand the memory further up to 32 GB. The RAM is also 50% less, but presence of micro SD card is an added advantage.

This Oppo N1 clone draws juice from the large 2400 mah lithium ion polymer battery. You can expect to get backup for entire day with single charge.

You can purchase it online from the Chinese wholesaler, 1949deal for just $247.99 USD. The sales box include the smartphone, USB cable, 2400 mah battery, charger, user manual, earphone and screen protector. Alternately, you can also buy it from everbuying, but it is available at slightly higher price, so 1949deal is offering at lowest price online. Also check out Galaxy S5 clone.

Overall, iNew V8 offers good quality for price. Though the display is smaller in size, there are many other things better than Oppo N1. For instance, it supports external SD card, which is not supported by N1, than it has hexa core processor and lastly, it is priced just half of N1!